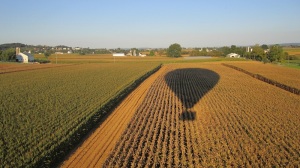 Just a quick trip in between shows in Virginia and Pennsylvania in a rather manic art show season (which is a good thing I guess – except for the interesting diversion in Alexandria, VA where we had to abandon the booth in a stampede of screaming people, police sirens, loud hailers and general armageddon type chaos and evacuate for a tornado – just what you need at an art show!). Still, it got the adrenalin pumping and we were allowed to close up after that so we hit the cocktail bars considerably earlier than planned – there is always an upside  😉

To follow, we took a trip to Easton, Maryland which was considerably more sedate – or should I say the pace of life there was so slow we felt we might have been sedated when we crossed the state line 😉 Still… it is a very friendly place where the locals still smile and say Good Morning to each and every complete and utter stranger in the street – which is a first in 12 years ;-). They also had a realllllly good coffee shop – not good enough to convince me to move there this side of my 80th birthday… but even so…noteworthy 😉

We continued to potter about on the eastern shore of Maryland until we got bored (24 hours 😉 ).

This part of Maryland is quaint and somewhat similar to Maine but, frankly, not quite as cute and lovely (go to Maine instead if you have a burning desire for a rocky shoreline, fishing villages and gorgeous New England cottages!)

We did take full advantage of the one thing they could offer which Maine cannot – blue crab – however, there may not be any left there either now after Geoff finished sampling all the various ways they could be consumed by a human in 1 lunch and waddled back to the car 😉

Of course, being chronically lazy when it comes to eating out I prefer not to have to hammer my crustaceans to smithereens and then dissect the multitude of broken razor sharp shards of shell from slithers of meat so I opted for paying 3 times as much for someone to do it for me and stuff it in a crab cake roll instead. After a couple of hours of watching Geoff trying to scavenge enough food to constitute a meal the appeal of the crab shack wore thin and, tragically,  many, many blue crabs had died an undignified death.

Time to move on to Lancaster County, PA 🙂

This, is, of course, also the land that time forgot but we loved it 🙂 With interactive iPad map in hand (I would never have kept up with all the weird little dirt tracks we navigated by normal means – or by GPS!) I managed to follow our moving blue dot through the lanes and we explored all of those roads you wouldn’t normally get to see by tour bus…OK…we may have been trespassing at various points but we felt sure the Amish were unlikely to shoot us and ruin our vacation 😉

Having been raised on Little House on the Prairie, PA Dutch country was like a fascinating return to my early childhood – very spooky 😉 I have no idea where they filmed this particular 8 year olds favorite TV program but it might as well have been here! Naturally, we couldn’t resist visiting the strangely named and tediously touristy towns of Intercourse, Blue Balls and Bird-in-Hand in but they couldn’t really compete with watching the local farmers plough their fields with horse and cart, harvest the huge lime colored tobacco leaves by hand and try to catch a glimpse of the young ladies in their horse drawn buggies galloping through the lanes.

The Amish and Mennonite simple way of life is so alien to us 21st century beings it almost has an enticing appeal – although, upon reflection, maybe I couldn’t cope for more than a few minutes without an internet connection and no-one really needs to see me in public without lipstick…so maybe it wouldn’t be for me after all 😉

The highlight (literally) of our brief visit to Lancaster County was a sunset hot air balloon ride over the gloriously idyllic farmsteads (idyllic a mile up in the sky at least – I suspect many of those attractive looking “ponds” – suspiciously one on every farm – was actually a slurry pit ;-)).

The views were fabulous….what really impressed us were how many 100’s and 100’s of small holdings there are in this county…..and even high up,  the peace and quiet was so striking we could hear the hooves of the horses on the roads way below us.

Things got interesting when the pilot tried to find somewhere to land as they don’t like to land on the local farmers immaculately planted fields of crops – it seems they don’t like the tourists stomping across their tobacco fields for some reason – so we kept drifting until he spotted a small patch of harvested cornfield and started to descend.

We passed low over a farm where the kids had been watching us drift overhead and had climbed up in the structure of their windmills to wave at us (how Little House on the Prairie is that??!! 😉 ). The next thing we know we have bounced across a field, landed, and when we looked up there were about 30 Amish and Mennonite people – kids with no shoes – old ladies – young girls surrounded by half a dozen tiny offspring – young men in full regalia – all running over  excitedly to see the strange foreign people who fell out of the sky – it was VERY bizarre.

They were as fascinated to talk to us as we were to talk to them while the pilot was dismantling the balloon although it was crystal clear most of what Geoff and I said might as well have been in Chinese – and I don’t think it was just the accents 😉 To say our knowledge of the world is different is a vast understatement 😉 Still, we were quite charmed by how friendly everyone was and they were equally as happy to have some unusual interesting diversion as their evening’s entertainment….the piece de resistance for us was a very funny young guy who arrived at considerable speed in the field pushing a double buggy filled with kids – fully outfitted, naturally, with the baggy pants and braces/suspenders, the big hat,  the traditional soil stained shirt  (having come fresh from the fields) and wearing a shiny new pair of roller blades. We weren’t quite sure how that fitted into the tenets of the Amish way of life – but thankfully he was most amused when Geoff said “Well – that is a sight I don’t expect to see again in this lifetime” 😉  For those with good eyesight you might spot the afore mentioned roller-blader in the last photograph (center/back)… 🙂

Anyway, hope you enjoy the photo’s from this trip – they are at: https://www.dropbox.com/sh/1rkv6ol8b2le7hb/Tj3uWXnAx8