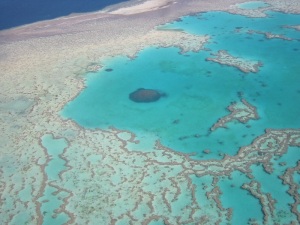 Jenni, Gary and I headed to Australia in May 2002 and spent a few weeks having a fabulous time ‘down under’.

We spent some time in Sydney; Jenni and Gary went on-set for the filming of Matrix 2 and met with Keanu Reeves, Laurence Fishburne (their favourite!) and Carrie-Ann Moss amongst others…  We also visited the Blue Mountain and Royal National Parks, followed by a visit to (obviously!) the Great Barrier Reef!

Awesome is a word oft’ overused in the USA, but the presidential suite really was “absolutely awesome!”

After arriving home, some weeks later, the Daily Telegraph listed the view from the presidential suite at Hamilton Island as one of the top 10 views in the world… not too crap at all 🙂

Here are some photo’s from our trip: